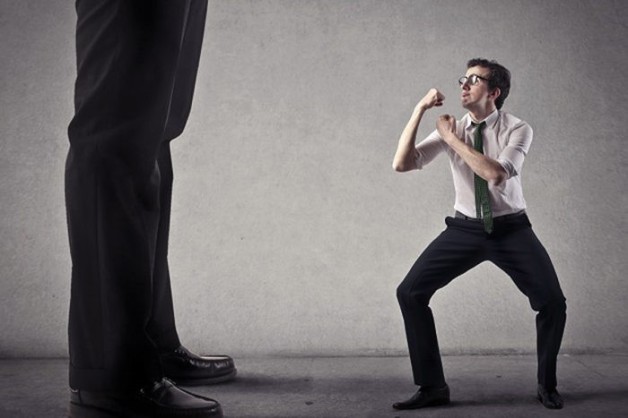 There is a battle brewing. The enemy is anything but unseen: it dominates life in this, and to varying extents most, countries. The early skirmishes have already been seen: the calls from the harder Right for lock-down to be ended in the interests of getting the Economy back working; in the headlines in the less responsible press announcing that from next week Everything Will Be Alright again.

Even The Guardian’s economics correspondent Larry Goddard wrote a piece a few days ago arguing that people balance their economic interests with life-or-death situations every time they get in a car to go shopping or to work.

It’s a persuasive argument, and not without some sense of course – but it seems that even Goddard is in hoc to the Great God Economics. So are all those people in other fields exhorting an early end to lock-down. They can’t get sufficiently far outside the box to envisage what might now be necessary. Could it be that many of them are precisely those who have driven our societies in the direction they have gone in the past few decades, those who real priority has been (and still is) to make as much money as possible from the rest of us, even if it means working us to the bone? It’s not as though we’ve not seen their like throughout history. As with everything else it touches, the pandemic reveals their true selves, and the priorities that drive them.

On the other side, there is a growing body of comment pointing out the benefits that the slowdown has brought; that were it not for the health fears and the tragic news, day to day life would in many ways be much improved. The early apprehension that lock-down would be unbearable has been at least tempered by the discovery that it is possible not to run one’s life against the clock and still enjoy it. In fact, quite possibly to enjoy it more.

I spent three decades in a hectic career; I still cannot quite believe that thirty years went by almost without my noticing. What I do remember, though, is a constant nagging voice telling me that the pace at which I was living was not right. Life was tearing by in a blur, many experiences barely touched upon as I sped on my way to the next deadline. Had it not been for the mental health difficulties that precipitated it (and which, after all, were all the proof needed that the pace was not good for me) the slowed-down period of my life since 2016 has had much to recommend it. At last I feel I am living my life, rather than watching from the side-lines. And even though that life has had to be pared back in some ways, there has still been a net gain.

The battle to come will be that between the huge interests that want to get us back to ‘life as it was before’ as soon as possible, and those who want lessons to be learned, and things to move in another direction. A recurring theme is the fact that the odds are stacked against the latter. Modern society is so controlled by commercial interests and their political puppets that the hope of radical change seems to be slim.

This too is a depressingly persuasive argument. But it overlooks one thing: for those systems to function as they did, it requires the complicity of the rest of us. It requires people unquestioningly to buy (literally and metaphorically) all the unnecessary stuff that the commercial world needs to flog to survive – and which even now, elements of it are still trying to flog us. It needs people to accept ever harder working lives in order to maintain the income needed to support this. It needs people to buy into the myth that their lives will be better the more they buy or consume,  the further and more often they travel, and so on. And it relies on people being willing to sell their souls to accept that More Money is the answer to all their problems.

It is easy to criticise this as being a middle-class morality – and to some extent it is, at least if you consider class to be defined these days by income. Although this household’s past four years required a severe pruning of our consumption, we still had enough money coming in, plus some savings, that we were never at risk of starving, or losing our home. Plenty are.

But in another way, the fact that there are many in society who do not have such a buffer is the fault of the rest of us too. It is precisely the middle classes whose endless, mindless consumption fuelled the corporate policies that treated the less-fortunate increasingly badly. It is precisely the earning classes who prioritised bonuses and tax cuts over investment in the essential services and social safety-net that we now all need; who tolerated increasingly insecure work for the low-paid so long as it meant they could carry on buying more for less. In other words, the plight of the less fortunate in our society, is to some extent in the hands of the middle classes too.

And it is also the middle classes who were in the vanguard of the wave of angst that swept the country at the news that their chock-full consumer lives (and own long working hours in their dream careers) were going to be curtailed for the foreseeable future. It is they, after all, who are most afflicted with Affluenza, and who felt they had most to lose when those hell-for-leather lives ground to a halt. Anyone would think they never moaned about the impossible conflicts they faced in managing their daily routines…

The battle to come is definitely a matter of David and Goliath. But we all know the moral of that story. Life As It Was Before will only resume if sufficient people cave in and let it. There are of course many who desperately need to secure their incomes in the short term – but this is a battle with a longer time scale. It is not about not earning a reasonable income – it is about what we then do with it. And about what we more generally consider to be ‘reasonable’  (and unreasonable) in the first place.

There are signs that resistance is building: not only in the predictable (but sensible) calls from the Unions that workplaces need to be safe before people return to work – but also from those who  support an extended closure of schools even at the (supposed) cost to their children of the lost hot-housing that formal education now is. It is also there in the numbers of people who have rediscovered that places are nicer (and cleaner) when not choked with cars; in the people who have actually appreciated more time spent with family or who have re-connected with their communities; in those who have discovered new pastimes and skills. And in the general sense of a life that is being lived at a more sustainable and in many ways more pleasurable pace.

The battle to come will only be lost if all those things are forgotten in the coming months and years. All that is needed is for sufficient numbers of people to change – and then sustain – their ways of life, so that they are no longer duped by the call to resume a life that returns us to all those unmissed routines.

It is not easy to change one’s way of life. Managing with less stuff takes determination; if you’re hooked on it, finding other things to do than recreational shopping requires determination too. As does not getting in your car and travelling for every need. It is especially difficult since so much of our infrastructure is now geared to people doing exactly those things. But this emergency has shown that another way is still possible, when we put our minds to it. The question is, how many will actively, determinedly do so?

In the longer term, education, economics and commerce are all human constructs. The Virus, to say nothing of the wider ecological crisis are not – except inasmuch as we caused them. Pretty much any aspect of human life can be reconfigured, as it has been in the past weeks (political claims that “it can’t be done” have been shown for what they are). Except for whether you are alive or dead: in that respect, there is no contest.

The battle to come is going to be one of determination – between the vested interests who would get us back to a “normality” of whose detrimental effects we have been graphically reminded – and those who now see that something else is both possible and desirable. In the decisions we make as and when the immediate crisis winds down – the things we do, and perhaps more significantly the things we refuse to do – people-power must be able to send a loud message to those in power, about the changes that have to be made.

Because try as they might, neither corporations nor politicians can implement their programmes without the complicity of everyone else.