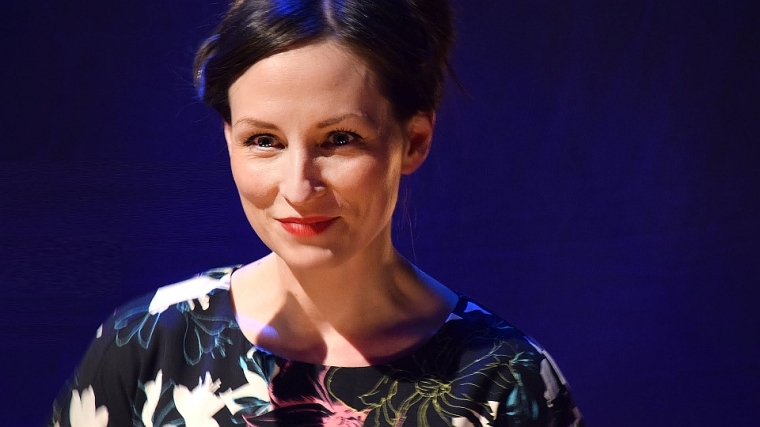 Far more people have heard Julie Fowlis sing than are probably aware of the fact. Her ‘big moment’ to date was being commissioned to produce some of the backing music for Disney’s “Brave”; she also featured on BBC4’s well-received Transatlantic Sessions and on Jools Holland’s show in 2007. Despite that, she remains largely unknown outside the world of traditional music – which is probably just how she likes it – a more unaffected performer you could not find.

She sings almost entirely in Gaelic, having grown up on the Outer Hebridean island of North Uist. She is perhaps the first such singer to come close to breaking through into a more mainstream audience, despite the comments above. There was a moment a few years ago when it briefly seemed that she might be tempted to cross over into the commercial mainstream – and then she backed off again. She has resolutely resisted the temptation to move into English, which could no doubt secure her that much wider audience, but for her followers, it is her contemporary but sympathetic interpretation of Gaelic song that is part of her charm – which remains resolutely alien to anglophone ears for all that it is an indigenous British language.

Judging by the tour schedule, she and her band had probably started out from home near Inverness earlier in the same day in order to do this performance; indeed Eamonn Doorley observed that there were some ‘oblique brains’ on stage as a result – not that it showed.

The two 45minute sets were as close to note-perfect as makes no odds, though admittedly a fair proportion was long-established music, which made it no less welcome. Interspersed discretely with this were some items from her newly-released fifth album Alterum, which does include a couple of deviations from the previous norm – one the Annie Briggs song Go Your Way, and another a beautiful Galician song Camarinas – sung in a mixture of Galician and Gaelic, which in my view would be a more successful avenue to explore than English revival folk song.

Fowlis has an amazingly dynamic voice, ranging from the ethereal to the rhythmic, slightly hard-edged tones needed for the Puirt à beul a form of mouth-music of light-hearted, bawdy or nonsensical lyrics that were used for dancing, in the absence of formal instruments. It demands immensely tight vocal control and dynamic, and to intersperse it with whistle-playing as Julie Fowlis does requires superb breath control. The physical demands of the songs were often visible on stage.

Fowlis’ band comprises first-rate musicians – her husband Eamonn Dooley on bouzouki and Tony Byrne on guitar, outstanding Scottish fiddle-player Duncan Chisholm, and double-bassist Ewen Vernal. They play a tidy set of tunes too, often modern compositions in the traditional idiom. Fowlis herself is classically trained, playing not only whistles, but flute, oboe, cor anglais and accordion and both great and small Scottish pipes. It was much to our delight that she returned to the stage to finish the encore set on the Highland Pipes. 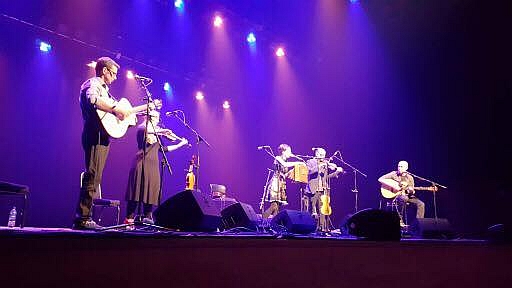 As a ‘way in’ to the world of traditional music, Julie Fowlis is superb. While she retains authenticity and respect for her roots, both her treatment of it and her persona have done much to appeal to a wider audience. I particularly like the fact that her success (she is also a T.V. presenter in Scotland and Ireland) has had no discernible effect on her personality, and she is still a modest, even slightly retiring presence on stage. Her music is greatly suited to intimate venues such as Hall One at the King’s Place, and the Sam Wannamaker Theatre where we saw her couple of years ago.

And I also like the fact that the entire team (including the sound engineer who had risen at 4am to fly from Inverness for the gig) were Scottish or Irish – evidence right in the heart of the capital that there is a whole world of ‘Celtic fringe’ culture going on out there in a part of the world, stretching from the Hebrides through Ireland to Brittany and Galicia, of which London is usually barely conscious.