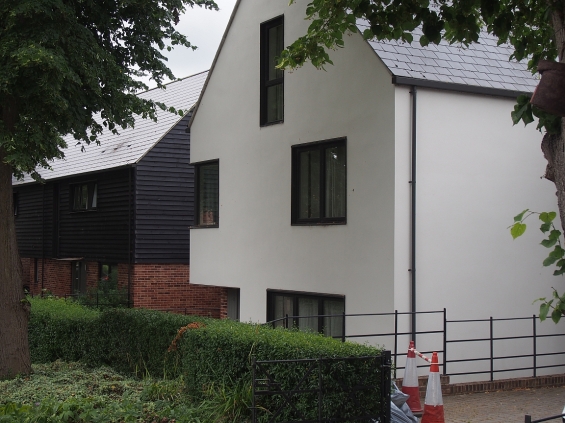 Britain’s popular image of itself has always been so intimately connected with its past that it has always struggled with the concept of Modern. Even when the ripples of the Bauhaus belatedly hit these shores, those buildings that emerged in that style were largely built using traditional techniques, and failed to adopt the forward-looking philosophy that it represented.

The Brutalist experience of the 1960s and 1970s hardly endeared modern architecture to popular opinion either – and the interventions of Prince Charles and others caused a definitive move back towards pseudo-traditional architecture across the country. While modern design has since enjoyed something of a re-birth of interest, as always, bulk developers responded slowly to changing tastes, and we have been left with a four-decade legacy of pastiche, a mish-mash of superficial, confused historic references only made worse by the pressures to build both at higher densities and to accommodate high car ownership.

The effect, far from enhancing the country’s traditions, has been to blight every place it touched with a sprawl of cloned, characterless, flimsy, disneyesque fake-heritage. And its effect is not only visual: by creating a imagined past, one effectively distorts the population’s sense of rootedness in its real past: a toothless re-engineering of a false arcadia that only devalues the real thing.

There is plenty of good modern architecture in Britain; it is just not generally accessible to the public. But things are slowly changing again, and the bulk developers are gradually realising that the public is more open than hitherto, to a type of contemporary design that takes its very human inspiration from experiences particularly in The Netherlands and Scandinavia, to create modern environments that are human in scale and still respect their heritage settings. I would go further, and suggest that it is far more respectful to genuine history not to imitate it badly, but to have the courage to build something ‘of its time’ in the way all those historic buildings were in their day.

I recently visited an excellent test-case of this theory. In the search for inspiration for the large development pending in my own small, historic town, I visited The Avenue in Saffron Walden. SW is a very attractive East Anglian town in north Essex, about 25km south of Cambridge. It has a fine collection of medieval buildings and an extensive conservation area. Into this, Pollard Thomas Edwards architects inserted an imaginative development of 75 homes, on a mature site in the south of the town. They chose to produce a range of apartments, terraced and detached housing and sheltered housing that is contemporary while strongly echoing the local vernacular. It won an RIBA regional prize in 2016.

The architects have made great use of the avenue of mature lime trees on the site to provide a public path through the development, while grouping many of the houses round courtyards that diminish the dominance of road vehicles within the setting. The buildings are credibly eco-sensitive and have provided a popular new residential district which even this self-avowedly traditionalist town has welcomed openly. A short film about the development can be seen on the architect’s website here. 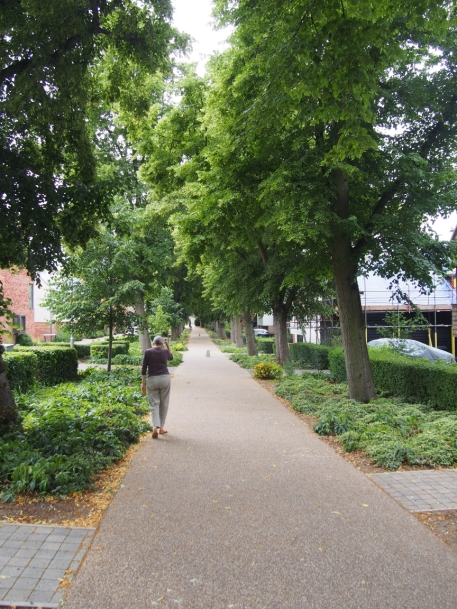 The clever use of standardised components in a variety or permutations reduced costs, while not compromising the observed individuality and distinctiveness of the buildings. Walking through the development, one gains a sense of continuity with the ancient town around, and a strong sense that a characterful ‘place’ has been successfully created – the lack of which is often a criticism levelled at modern designs. 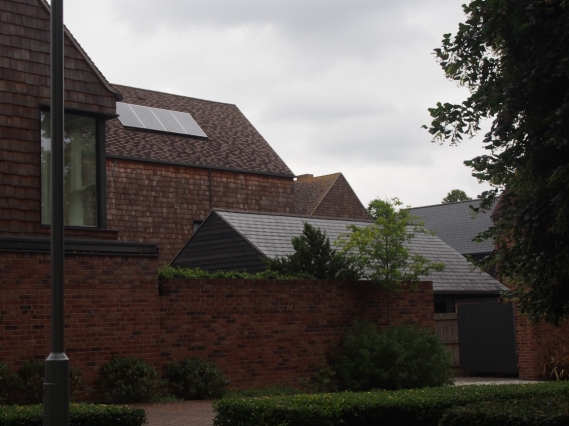 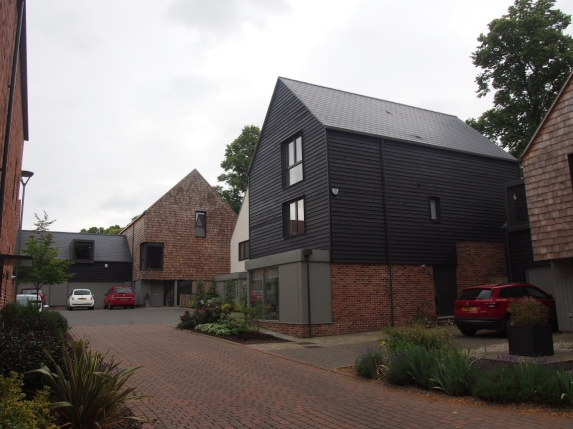 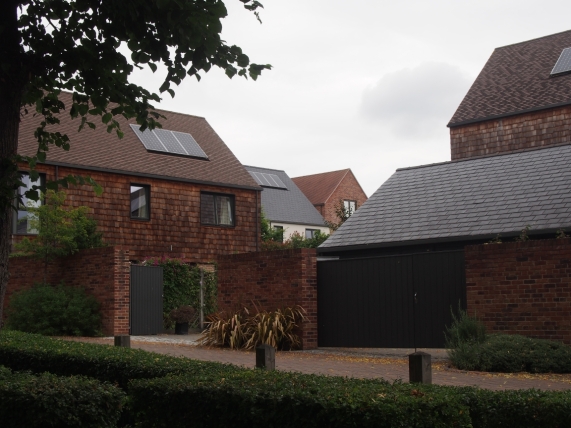 If such a development can work in a place like Saffron Walden, I don’t see why it shouldn’t work anywhere – and one is left with a strong sense that this is an architectural intervention that will stand the test of time, to become an integral part of the town’s evolution and heritage, unlike the pastiche shoe-boxes that remain developers’ more standard fare. It would be great to see this kind of imaginative thinking being used more widely in Britain. It might even start to persuade the general population that modern design is not inevitably terrible. 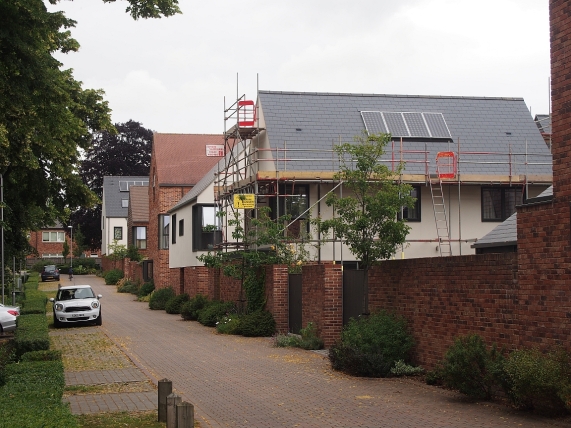 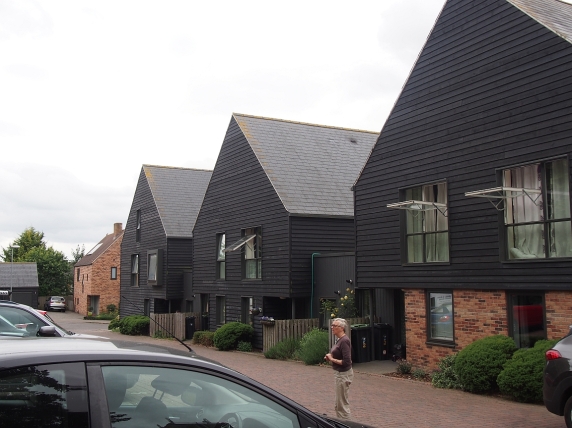