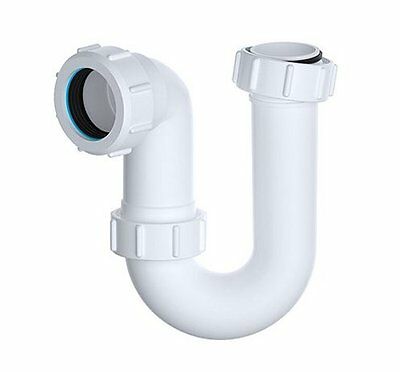 I don’t normally cross-post between my blogs – but I feel these issues really need a wide audience. I know some have been following this issue here. This is my last word here on the issue…

My comments about the grades fiasco precipitated if not a torrent of correspondence, then certainly more than usual. Most disagreed with my position. Yet here we are, with the desired shift to centre-assessed grades, a.k.a. teacher predictions – and lo, we have the predicted wave of grade inflation, worse at G.C.S.E. than ‘A’ level. Sixth forms now face the prospect of larger numbers of students on courses, who have miraculously become more intelligent overnight than their predecessors. Or maybe they will just struggle with the courses more…

Meanwhile, universities face the problem of accommodating increased numbers of students, while trying to maintain Covid-related safety. There is no guarantee that all those students are suited to higher education, and they may have negative experiences as a result. But the profession has got its way: more indeed did get prizes. Just don’t forget that that includes the teachers.

Conversations in the past few days with colleagues of decades’ standing, in whose views I have much confidence, agreed that schools tend to err optimistically with grade predictions – except perhaps with students who have been difficult, which is hardly an objective assessment of achievement either. Teachers are only human; the trouble is that they are now solidly invested in claiming otherwise.

A cursory look at corporate law will show that a company’s prime responsibility is to its shareholders. Customers and employees are merely the mechanism by which dividends are created, and it is by no means guaranteed that all companies will look after their machinery well. This is why self-preservation becomes important. It is worth saying again: the real culprit here is the transactional nature of almost everything in British society, the weaknesses of which Covid has unwittingly exposed. It is also worth repeating that this is not an inevitable situation, but one created by forty years of successive government policy. It has restructured Health and Education, and pretty much everything else, along quasi-market lines while encouraging people to think of themselves as customers rather than citizens.

The difference is important: customers are primarily self-interested, whereas citizens are less so. Customers have little long-term interest in a relationship; citizens more so. In that situation, the most aggressive players nearly always win; there is no room for sentiment.

I think it was this that also underpinned my being roundly criticised by a group of parents on a local parent-teacher social media group some days ago – for having the temerity to suggest that they might consider accustoming their children to wearing masks in case the requirements change as the number of Covid infections rises again. For my attempt at considered professional support, I was told this was “none of my business”. This is a typical customer-type reaction: very ‘interested’ when there is something to gain, and not at all when there isn’t. (A startling spin-off of this encounter was the almost total lack of expressed concern for the well-being of the teachers. Again, why would you care about the bod who served your burger, once you’ve bought it?)

The problem with such vested interests is that they are both short-termist and potentially deceitful. Feigning interest is just another ploy in the marketplace ‘game’, as is disowning vested ones. And short-term interests nearly always win out over longer term ones, as instant gratification usually trumps the deferred type – ably assisted of course by hype.

What’s all this got to do with exam results? Well, to my mind, this is exactly how the education system now works. It explains why schools are so desperate to maintain statistics (their share price). It explains why universities now have huge marketing departments with glossy brochures, appealing as much to lifestyle as study – and then allocate places based on internal economics rather than academic potential.

It explains why exam results have become so important in the first place: they have become a currency in their own right. And as in any inflationary situation, what ‘backs’ that currency has become less important than the amount of it you hold in the first place. The fact that predicted grades are little more than educated guesses matters little when you can – nearly – treat them as hard currency in their own right. Even what students learn has now become just the fuel of that system, rather than anything that might be useful or interesting in its own right. Why else would so many teachers balk at even passing coverage of things that are “not on the syllabus”?

And it explains why teachers have taken to squealing so loudly where they perceive “injustices”. I’m not suggesting for a moment that don’t believe they are genuinely concerned for their students’ well-being, and it is not they who chose to operate in this system. But I think the collective professional mindset has now been so utterly saturated by this economised, transactional way of thinking that many can no longer see beyond it.

Advertising is a means of maximising your capital in such a system – which is why professional virtue-signalling is also so widespread. It results, too, in the frenzied claims about the “damage” done by lost classroom time – despite emerging evidence from the past months that high-pressure classroom regimes may be doing even more harm to some. Whose interests are we really serving here?

Many of the concerns I expressed in my previous posts have rapidly become reality. We now have students in up-coming years complaining that they will be disadvantaged when competing with those whose grades have been inflated. We have over-supply of students to the higher phases. Those given grades this year will always know that (through no fault of their own) they were never properly earned and are therefore eternally questionable as a real validation of ability. Inflating the grades will only have made all this worse.

Teachers have become proxy consumers of exam results – why would they not, when their annual appraisal and perhaps pay rests so heavily on them? This perhaps explains the satisfaction being expressed at the U-turn, despite the many other problems that will result, and the routine decrying of other views on the matter.

The answer to the unfair competition problem? Bump up the results even higher next year. Just to make sure the situation isn’t “unfair”. Just give prizes to everyone – then they will all be happy. The unfettered market mentality never did take a long view.

If I have a criticism of the teaching profession, it is not for protecting its own interests: that is in effect what it has been increasingly forced to do, jettisoning its impartiality on the way. But denying it is disingenuous; arguing for solutions that are, at very least little better than the original problem is irresponsible. All the more so when self-interest may be a significant factor.

Those in the profession should be taking a much harder look at this situation and reflecting on where they stand. There are still plenty of teachers, I believe, who see the situation and its complexity for what it is: who are still motivated by genuine educational purposes, and who understand that real student progress requires a significant degree of teacher detachment. They would still have argued for the recent issue to be revisited – though from another perspective. But they are not the ones who tend to be heard.

This is why, in my opinion, it is essential to de-couple teachers’ professional interests from those of their pupils once again. While teachers’ own interests align so closely with those of their pupils, they will never retain adequate professional detachment. The system we have has forced this alignment – and it has caused the neglect of the other responsibility of teachers: to be gatekeepers to educational success, to police standards even when that requires hard decisions to be made and disappointing outcomes to be accepted (so long as they are rigorous). Not just to be unthinking cheerleaders for young people come what may: the profession also has bigger responsibilities. We have been forced to see the exam boards and regulators as competitors, even the Enemy – when the profession should actually be supporting their work in calibrating the system as accurately as possible – and ensuring that educational rather than transactional values prevail.

In the past, exam grades were norm referenced – in effect an algorithm. It meant that a constant percentage of the cohort received a certain grade each year, and the grade boundaries were shifted – marginally – to achieve this. While this had its own drawbacks, it did allow for annual variations in for example exam difficulty. G.C.S.E.s replaced this with criterion referencing: anyone who hit a specified level received the corresponding grade, with no cap on numbers. Superficially this might seem fairer, but – coupled with publishing the criteria criteria – it was a huge driver of teaching to the test, and the transactional scrum that has come from the resultant grade inflation. I am not surprised that governments have tried to rein this in, even though they were its instigator.

In a sense, education has always been a marketplace: access always was a matter of supply and demand, as was the allocation of qualifications. It is simply a fact of life that previously-scarce resources become devalued if they are given free to all. But at least this was governed by academic principles, rather than the merely consumerist self-gratification that fuelled the recent furore.

The only way to remove this is to get rid of the competitive aspect of the education system entirely. That is still the situation in some countries – but it comes with its own set of difficult choices, of course. When the crunch came, it was the highly-economised model of education was the one that was found most wanting.