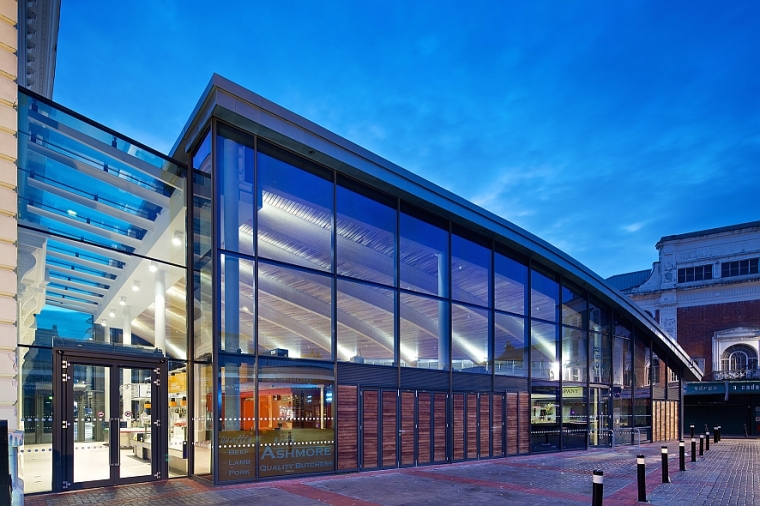 When I was a student in Leicester, I economised on food bills by hitting the local market at the end of a Saturday afternoon, when they were virtually giving the food away. On a recent visit, I was glad to see this hadn’t changed (1kilo of superb cherries for £1.20 anyone?)

One of the things that makes me proud of Britain is the ongoing renaissance of its major cities, and at last Leicester is getting its share. We are starting to see some of the vibrance of continental cities coming to the U.K., and my wife and I are mid-way through a programme of visiting them all to see what is happening.

Leicester was traditionally a city that went below the radar. In the Early 1980s when I lived there, it was pretty dowdy – but then, so were most British cities. The discovery of Richard III’s remains and the local soccer team’s rise to fame seems to have given new life to a place that always did have a buzz, thanks to its multi-ethnicity. The city also houses the National Space Centre, and an excellent steam railway on its doorstep.

We were particularly struck by the new indoor market that has replaced the gloomy 1970’s structure. I like the tensions created when contemporary architecture is juxtaposed with the old stuff, and all the more so when it is a working building rather than a trophy. In this case, the new hall sits beautifully alongside the 1850’s Grade II listed Corn Exchange. What’s more,  the old indoor market has been demolished to make way for a major new square in the heart of the old town.

Leicester has a lot of great Victorian and Edwardian architecture, and also a new theatre to replace the excellent but now-gone Haymarket – The Curve designed by Uruguyan architect Raphael Vinoly, which is leading the revival of another inner-city quarter. Well worth a visit.