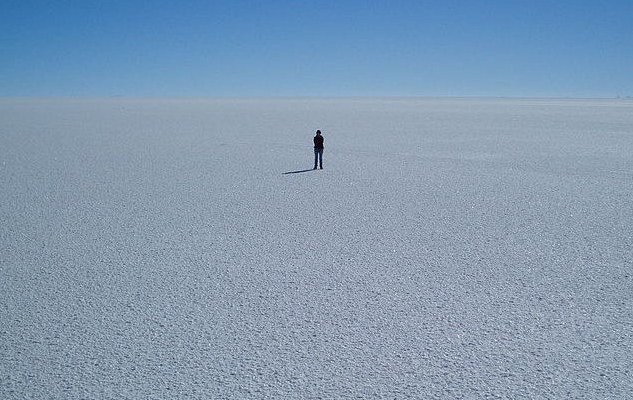 I disapprove of what you say, but I will defend to the death your right to say it,’  Anon

Isaac Asimov wrote a 1957 short story called The Last Trump. Come the Last Judgement, the dead rise as expected, and the topography of the earth disappears, leaving just a featureless plain. People no longer die – but they no longer grow or develop either. Those finding themselves there gradually realise that they are not in Heaven but the other place… Hell is utter, unremitting blandness.

I’ve written before about the judgements people make in their lives; maybe it’s professional instinct, but I remain fascinated (and sometimes horrified) by why people decide as they do. I am interested in what Nobel Prize-winner Richard Thaler describes as ‘choice architecture’ – or the way in which the decisions people make are framed, either by themselves or others.

I get the impression that being wrapped up in their own little worlds, many people don’t look particularly closely at their fellow humans; or maybe they do, and are just concealing their dislike at what they see. On the contrary, being nosy, I can’t help looking hard: at what people are putting on the supermarket conveyor belt, at what they are choosing to wear, where they choose to go, how they choose to spend their time. Maybe I attribute too much to small actions, and I do respect people’s right to do as they see fit – but that also applies to my ‘right’ to draw conclusions as well. Like Thaler’s, my interest is nothing more than a benign concern for the health of our society and democracy, and in some ways the little things speak volumes.

We could head here in the direction of Brexit, about what seems to be so fundamentally different in the world-views of Remainers and Leavers – we both inhabit the same planet, and yet from some of the conversations I have actively sought out this year for ‘research’ purposes, one can be left with the impression that the two groups inhabit parallel but mutually exclusive universes.

I have encountered something of the same at the local scale: having become involved in moves to support the small, historic town where I live, I have tried to advocate a forward-looking stance for maintaining its future viability. While there were some voices of support, I have encountered what I suppose is ‘typical small-town conservatism’: people do not want anything to change, or to be different from an imagined past – even when it is cogently argued that the ‘continuity’ they support is in historic terms an illusion. It is no good arguing that past eras were bold in their time; neither does it wash to argue that a lot of supposed historicism is actually fake: medieval UPVC doubled-glazed leaded lights, anyone?

As I said at the start, one must respect people’s democratic right to hold their views: but whether that implies that all views are of equal validity is another matter, particularly when some can be shown to be inconsistent or based on factual inaccuracies. It makes for fraught communal decision-making, particularly when some of the most vocal reactionaries are advocating precisely the approaches that are causing the problems in the first place. It’s like defending people’s right to eat as much junk food as they choose, knowing that the cost will eventually fall on the taxpayer.

In my opinion, the worst thing is unthinking conformity: the people whose supermarket shopping consists of exactly the same manufactured ready-meals as everyone else. Christmas Cake? Buy it in a box. Mince pies? Ditto. I think one can reach tentative conclusions about the world-views of people who do this, especially when one remembers the many benefits of making (or learning to make?) one’s own. Need new clothes? Head for the department store to buy the habitual uniform of leisure-wear. I think it does say something that so many people pay so little attention to their appearance. Need a holiday? Just pick up the nearest bucket-shop resort package. And so it goes on, the majority just following the herd, without, I suspect giving any thought whatsoever to their democratic right to stand out from the crowd. I worry that the main cause is the normalising effects of mass-media and rampant commercialism, stopping people from using their own critical faculties. I suspect, too, that some of this is a malaise brought on by the dominance of work: until I stopped working, I had simply not realised how many things I had been blocking or shelving simply on account of the head-space dominance of my working life. Is this good for us?

It is no more righteous to be a habitual rebel than a habitual conformist: it’s not the stance so much as the authenticity of the decision that matters. I suppose one could argue that majority views are simply arrived at because they are ‘right’ – but how so, when they demonstrably lead to harm? And not only of the visible kind, for I suspect there is a mental price, too, for the fear of standing out from the crowd. The predictability of the behaviour worries me too: as The Independent used to claim “Great Minds don’t think Alike”.

Back in my historic small town, I proposed we should construct a modernist centrepiece, a new community building that would be a confident statement of the town’s future. I found some buildings that in my mind’s eye would look stunning; a lot of people reacted as though I had suggested they should spit-roast their grandmothers. What is fascinating here is not the actual opinion so much as the deep differences in the mechanisms that result in them: why do some people react with revulsion to precisely the things I find inspirational, and vice versa? My best-fit answer so far is that it is not a matter of considered judgement so much as a fear of standing out, or of the unknown; some people are less afraid of their own minds than others.

A rather unkind word that I encountered for the first time this year is ‘sheeple’. Unfortunately, it does increasingly seem to sum up a large part of the population’s view of its own power of agency. It wouldn’t perhaps matter so much if it didn’t have the potential to lead us into deep difficulties – as all those who believed the lies peddled by the key Brexiters have shown. Whether Brexit or the health effects of junk food, it just shows that the majority is not always right.

Unthinking conformity can only lead to a featureless societal plain that is indeed some form of hell.