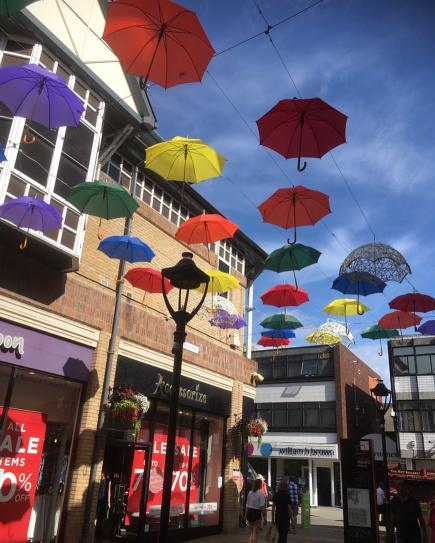 I’ve always treated it as pretty much  self-evident that creative activities, in the widest sense, enrich life. Unfortunately it is a point of view that is far from universal in the U.K., where money spent on public art is often condemned as a waste of money that could be spent on that totem of indignant populism, “schools’n’ospitals”. (Never mind the argument that spending money on things that improve well-being might actually yield a return in the form of better all-round health…).

Then there is the problem that, as with everything in Britain, The Arts come pre-loaded with class-overtones and resentment, and it’s always easier to argue that such things are elitist than to advocate them, to decry rather than support.

It has always been a particular difficulty in the county where I live, which is not exactly known for its enlightened liberal values. My local authority does not even have a department for “cultural services”. Nothing whatsoever to encourage its citizens to nurture their souls. A few years ago, there was a huge outcry at the expense when the local town opened a rather radical new art gallery.

It was therefore good to see the well-being claim being reinforced twice in the last week, without my having to venture more than a dozen miles from home. Despite being somewhat controversial, Colchester’s installation of brightly-coloured umbrellas certainly does what was intended, and lifts the mood in a town that has increasingly struggled against online shopping, Austerity  and the local council’s indiscriminate encouragement of out-of-town retail. And the reactions of passers-by left no doubt that people do respond positively to such gestures; I stood and watched while lunching on the hoof…

Just a few days earlier, I paid a visit to the sculpture biennial at Marks Hall Estate, a large garden and arboretum of about 200 acres, situated between Colchester and Braintree. This is the third such event, with over 300 works from sculptors all across Britain exhibited in a range of settings from coniferous woodland to the contemporary walled garden created there in 2003 by Brita von Schoenaich.

We’re not talking Epstein and Moore here – but that doesn’t matter. This is art to walk to, not, mostly,  the stuff of in-depth critique. The sculptures range from the rather twee to the classically-abstract and techno-kinetic, with a (mercifully small) helping of soft-commercial bling in between; there is something to please most, sympathetically displayed amongst the borders, trees and lakes of the estate. It was a genuinely uplifting experience after a day of unceasing rain, to walk and appreciate.

Despite indifferent weather, the garden was filled with people who seemed to agree, that art does indeed uplift the soul. Essex may be known for its philistinism, but maybe times are changing.

The sculpture exhibition runs until 31st August. Details here and images below… 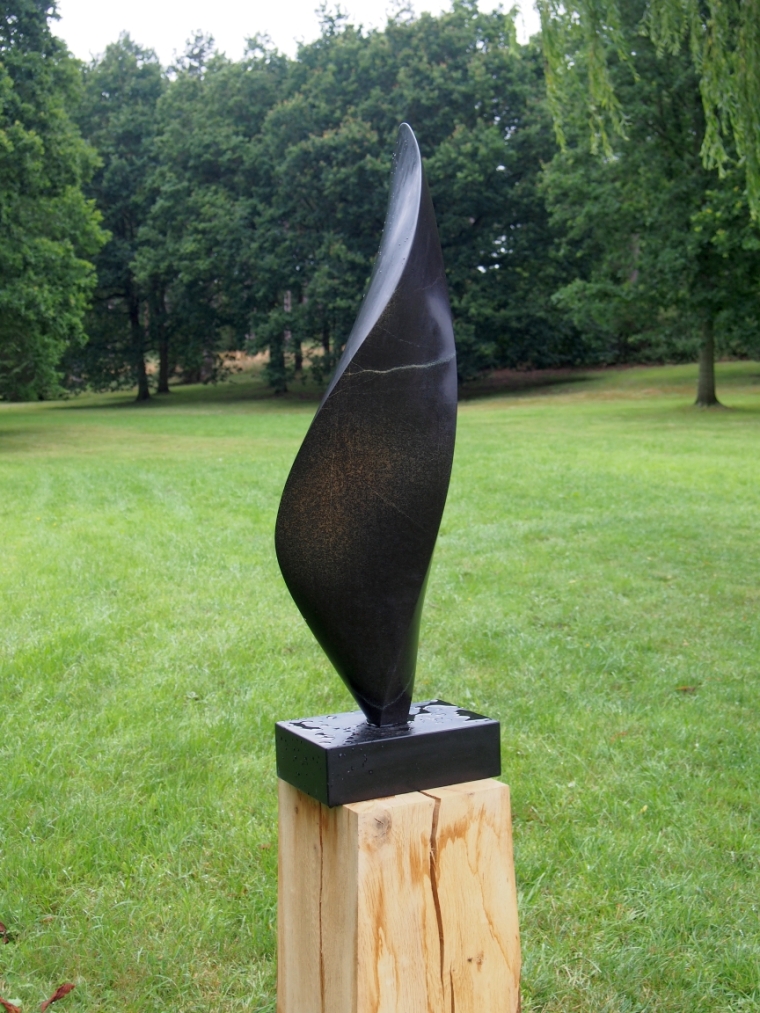 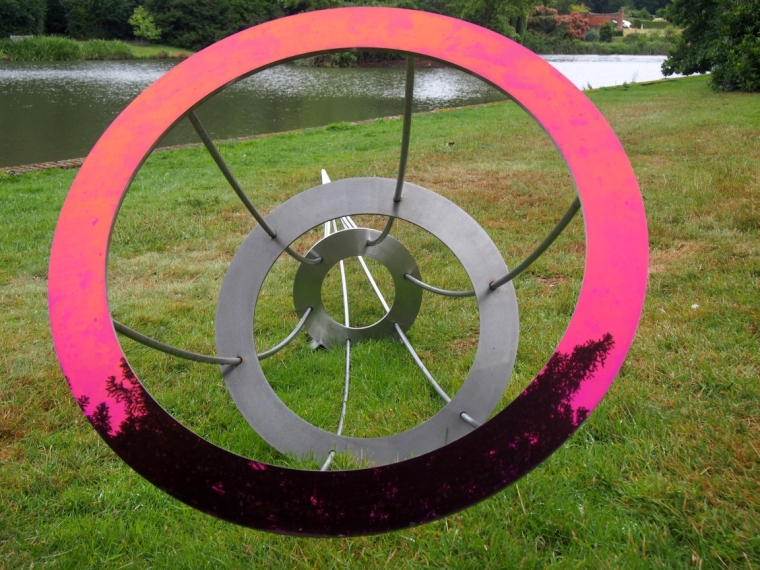 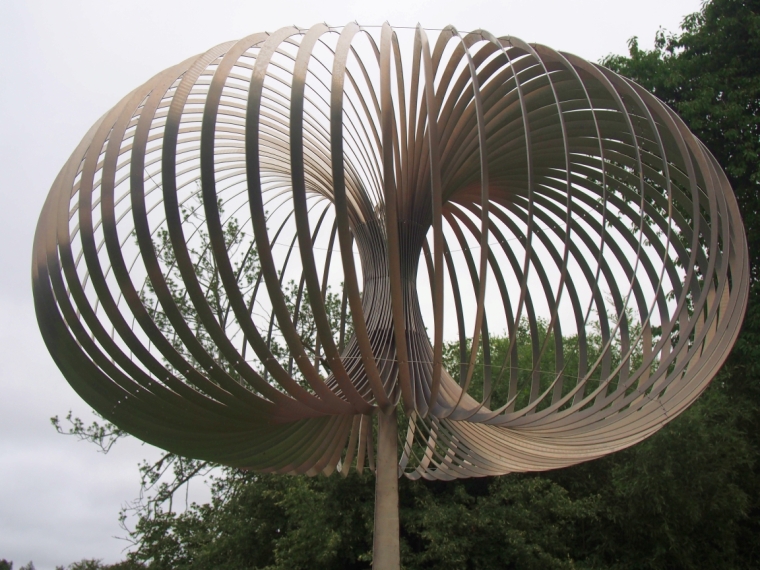 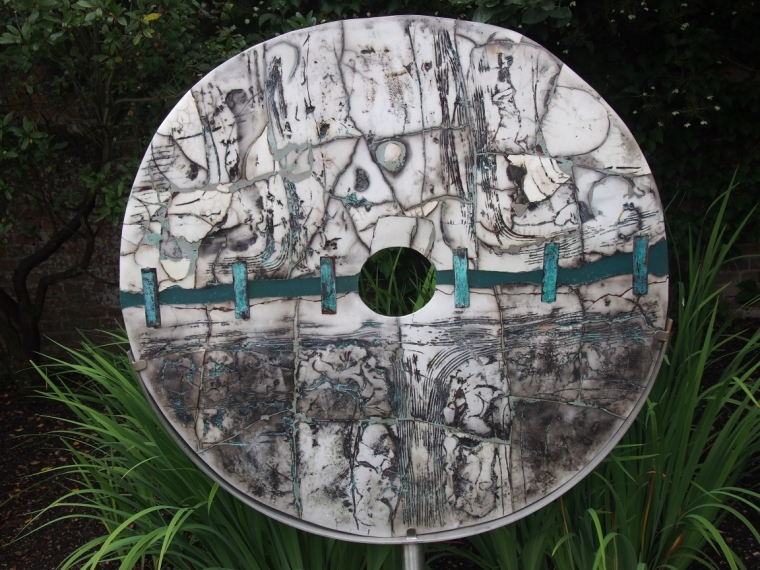 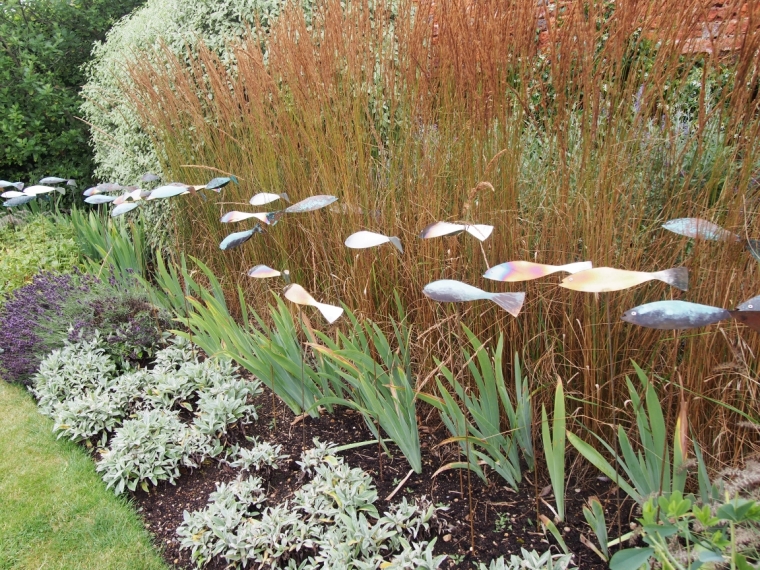 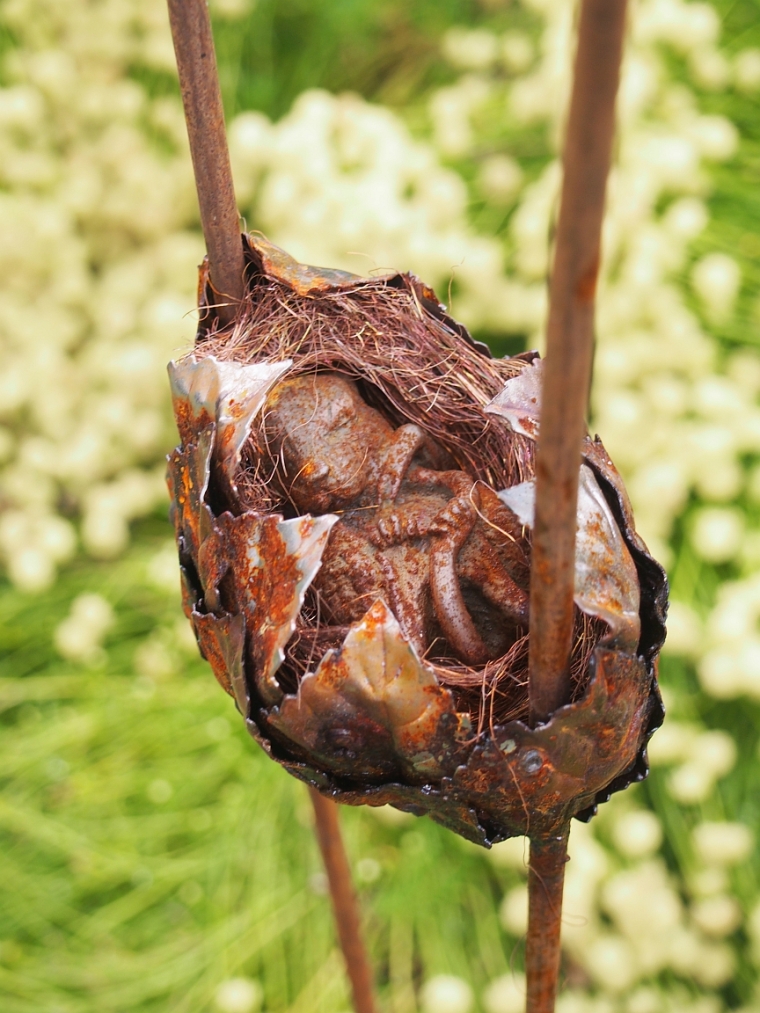 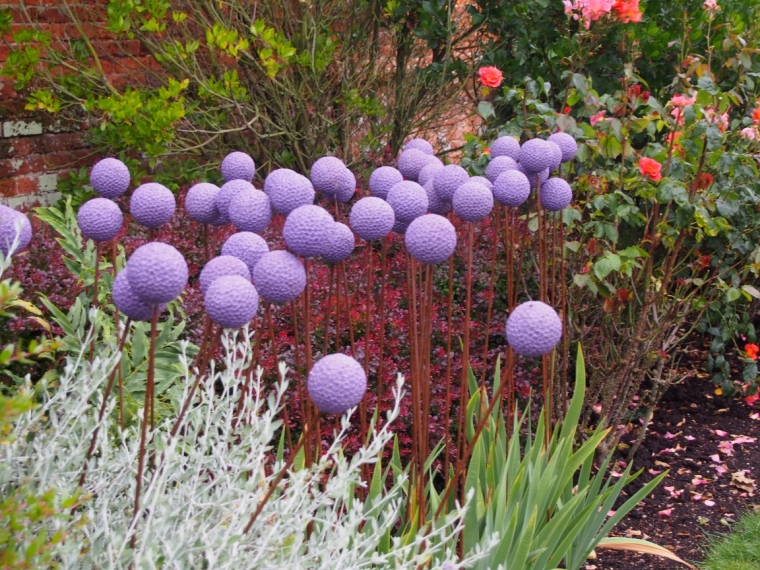 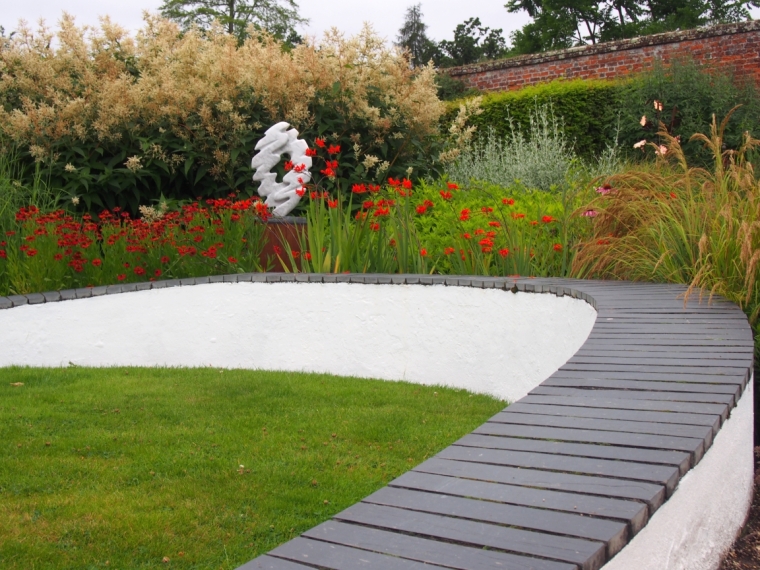 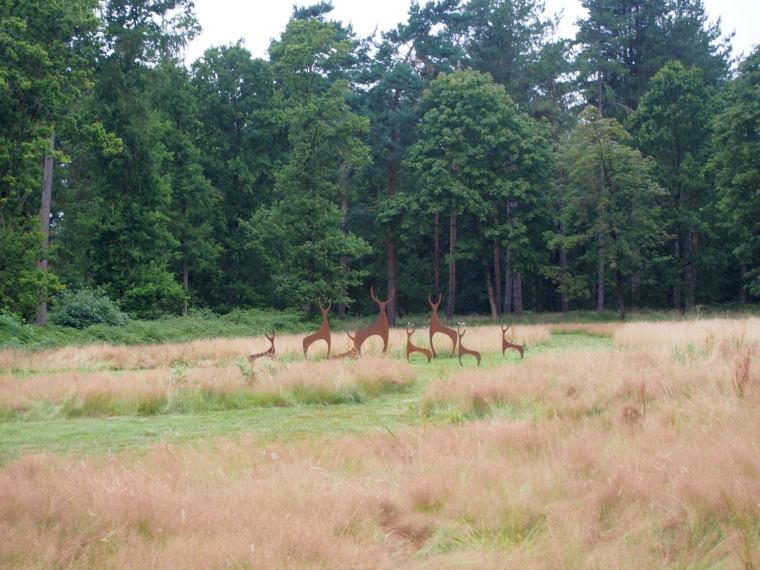 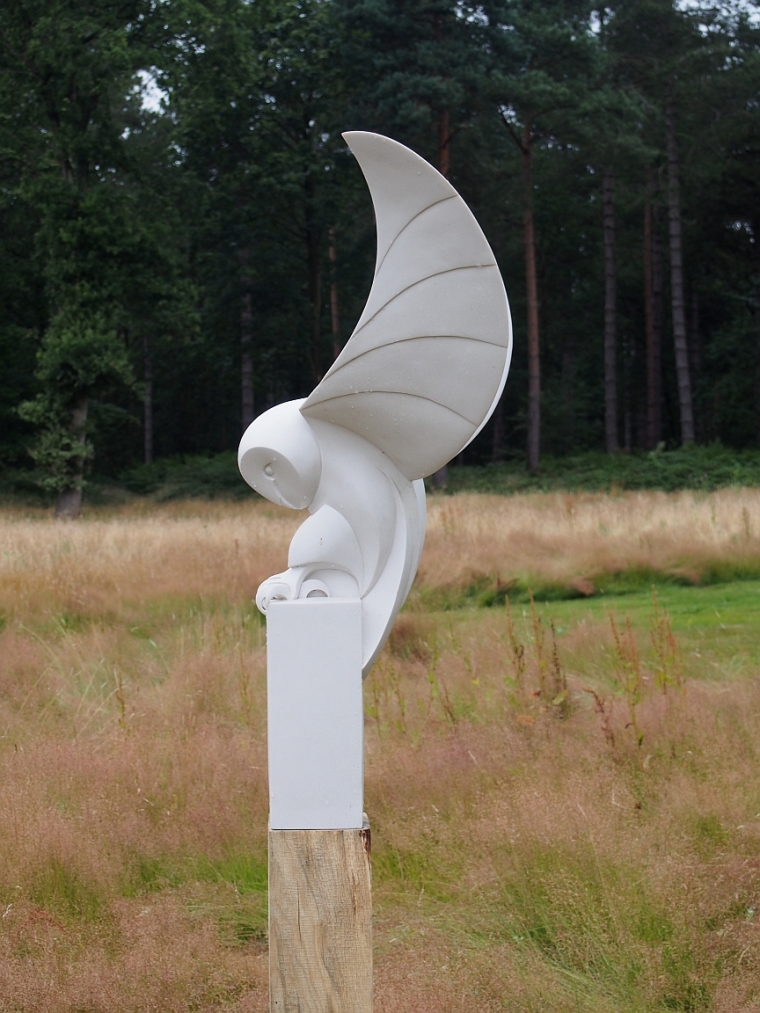 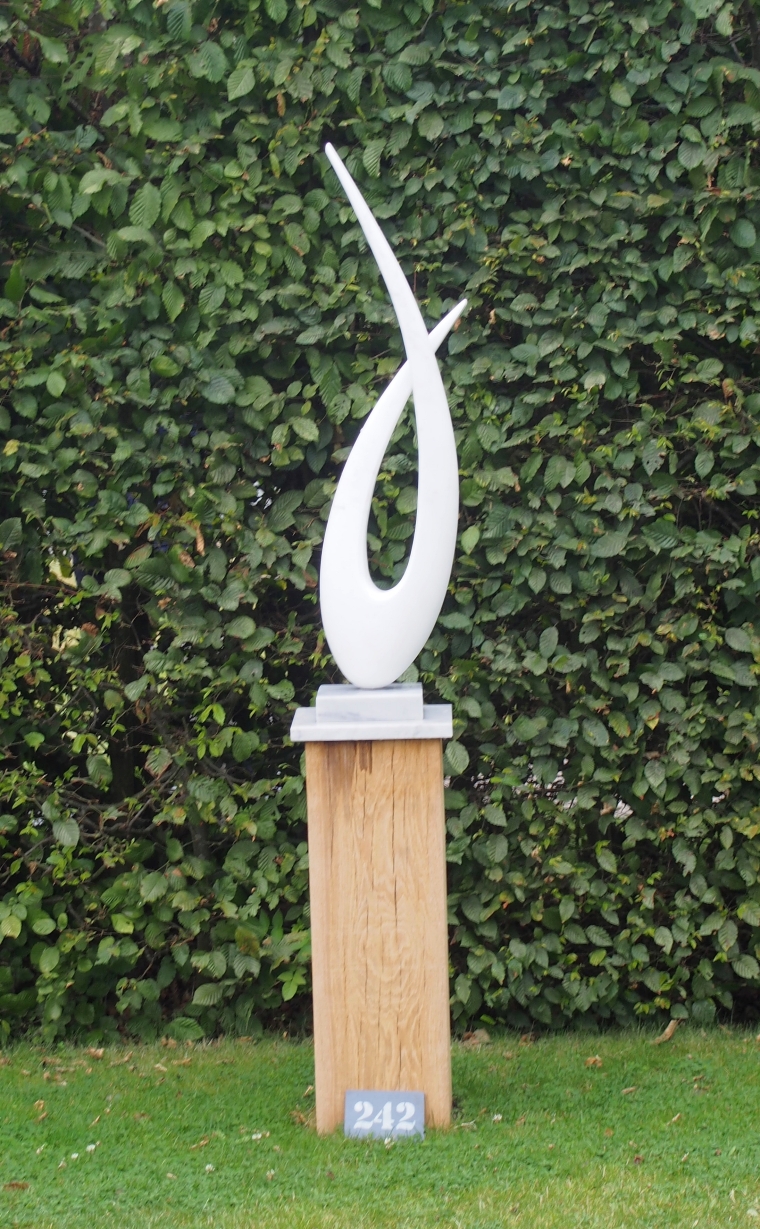 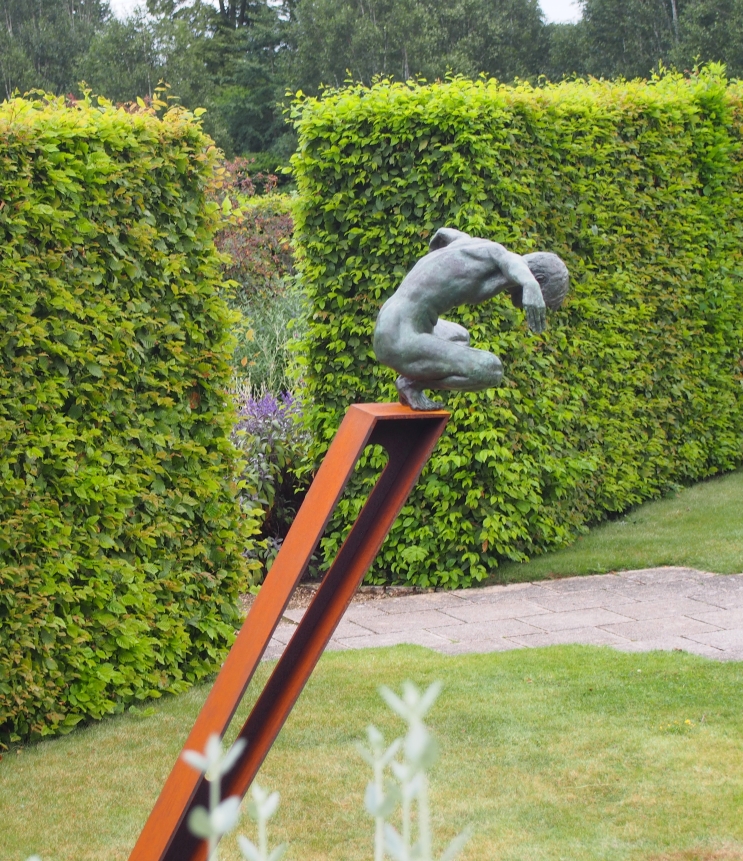 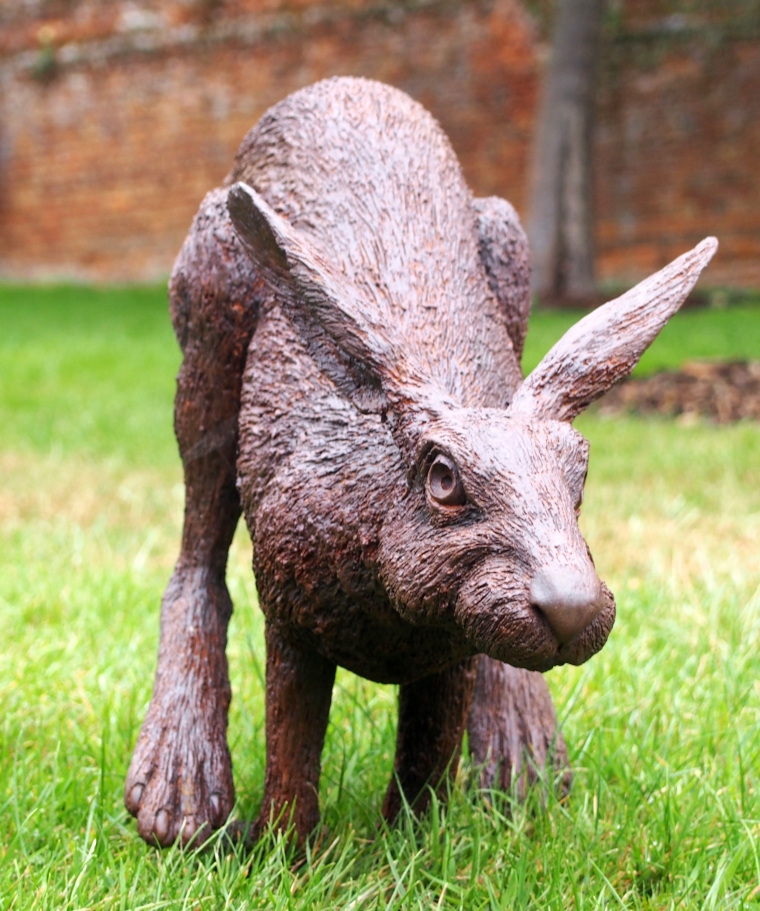