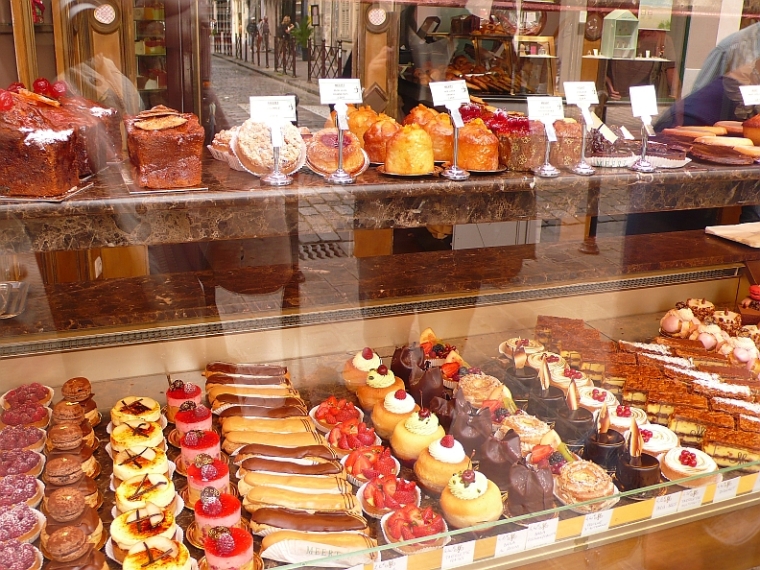 Pâtisserie production is a notoriously fiddly process. The fineness of the pastries, choux, custards and glazes all takes time and there are few short-cuts that aren’t immediately obvious as such. There has been quite a debate in the press in recent weeks about the virtues or otherwise of various mass-produced croissants, perhaps prompted by news that the old techniques are in decline in France too, no doubt provoked by a shortage of butter.

My last encounter with a full-on traditional croissant was in a rather ‘proper’ cafe in Lyon, the summer before last – and suffice it to say that it was a world away from the things one is routinely forced to accept in the U.K.

I know that croissants are not fully-considered patisserie, but the principles are the same – and I was suddenly taken by the urge some weeks ago to revisit some of the recipes I used perhaps twenty-five years ago, after my first proper encounters with the real thing in France.

I find it actually rather pleasant to spend the afternoon doing some non-essential cooking. And with my other interests including distinctly-obsessive attention to detail, the intricacies are even rather welcome. I will admit, too, that some of the intimidation that proper cooks feel for patisserie had simply, out of ignorance passed me by. My wife, who has never before known me do such things was, I think, rather impressed when she arrived home to find I had made a very satisfactory pâté brisée; I simply didn’t know it was meant to be difficult… 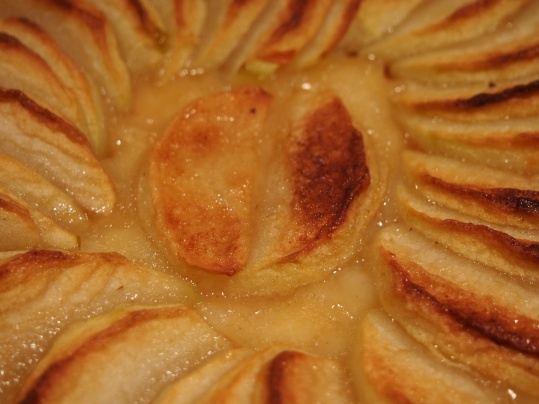 I think the other thing I like about patisserie is that it is meant to be spectacular and it appeals to the closet exhibitionist in me. Quite often it’s easier to do than it might appear, once you know the secrets. Think about the effect seen in a shop window in the 16th – Patisserie Valerie is a worthy contribution in this country – but it has a good way to go yet…

Anyway, I offer by means of evidence of my endeavours one old and one new (at least to me): the tarte aux pommes is one I resurrected from my earlier efforts, while the tarte aux citrons is the result of a request – no directive – from my wife having eaten two of the apple ones. Next on the list may indeed be home-made croissants, which I did make a couple of times many years ago with reasonable success, or perhaps chocolate éclairs – but I am also tempted by an opera cake, which is just that bit more jewellery-like flamboyant again. There’s a bit of brushing-up on technique and presentation required yet; I will report back on progress in due course.

And the secret for all those of my countrymen visibly shrinking from the thought of voluntarily spending time in the kitchen: it’s not work when you don’t have to do it. 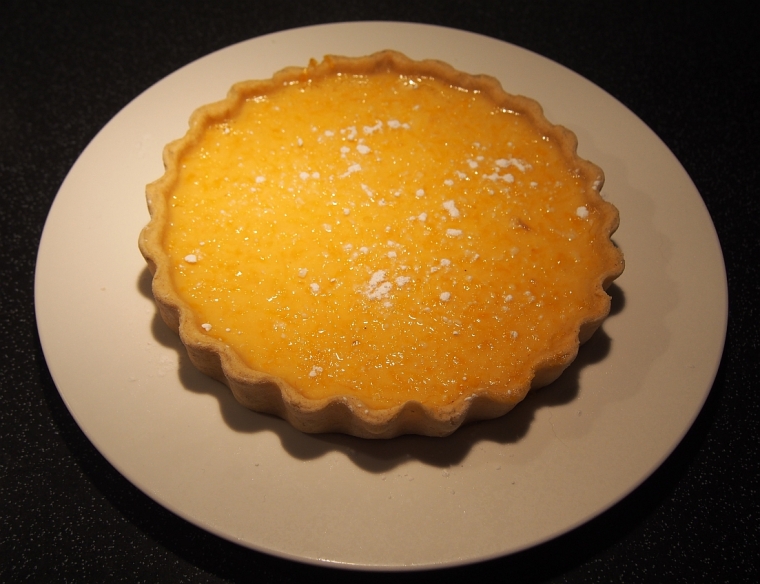